On may 28, 1920, Khilafat Committee passed a resolution in support of Non-Cooperation Movement started by Mr. Ghandhi with the result

(b) It could not be activated due to Hindu – Muslim differences

(c) The Congress opposed the movement

The kanpur Mosque episode took place in August 1913. Its result was

(a) It made the Muslims feel ignored by the Indian Government

(b) The Muslims were disappointed by the Hindu Press

(d) It created political awakening among the Indian Muslims

Who seconded the Pakistan Resolution from Punjab?

For what purpose Muslim League changed its manifesto in 1913?

(a) Became hostile towards the British

(b) Demanded self-government suitable for India

(d) To criticise and oppose the Hindu community

(b) Muslim League formed ministry in NWFP with Dr. Khan Sahib as the Chief Minister

(c) In Bengal Muslim League won 89 out of 110 Muslim seats and formed ministry with H.S. Suhrawardy as Chief Minister

(d) None of the above

Arya Samaj was founded in 1875

(a) To protect the interest of India

(b) To revive and reform Hindusium

(c) To cooperate with the British Government

(a) They took part in Khilafat Movement

(b) They went to Kerala to organize anti-British movement

Ch. Rahmat Ali published a leaflet “Now or Never. Are We To Live or Perish Forever” issued on january 28, 1933 ; from Cambridge with the objective

(a) To create a separate and independant Muslim state

(b) To develop amity with the british as a Muslim community

(c) To grow the concept of Indianism

(d) To work with other Indian Communities for liberation of India

During the Khilafar Movement, “Chauri chaura” tragedy assumed greater significance. Which of the following incidents was peculiar to that

(a) Country-wide strike of the traders

(b) A police station was burnt in a village

Simla Deputation of 1906 had the following purpose

(b) The Deputation was advised to take active part on politics

(c) The Deputation was directed to be friendly with the rulers

(d) To be in harmony with the Hindu Community of India

Get it on Google Play store 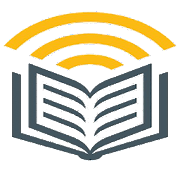